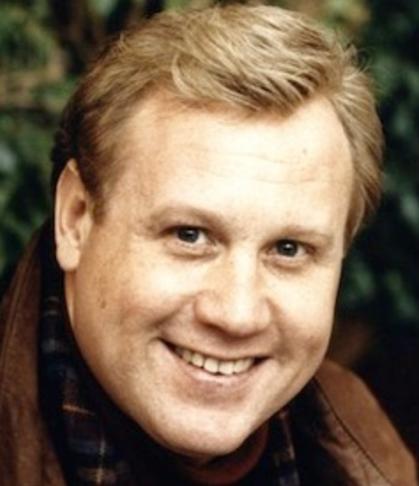 American Tenor Richard Leech is one of the most celebrated lyric tenors of his generation.  For over thirty years he has interpreted many of the most demanding and well-known roles of the Italian, French, and German repertoire both on disc and on the stages of the world's leading opera houses and symphonies.

In 2o15 Mr. Leech was named Director of Resident Artist Programs at Michigan Opera Theatre, where he created and heads Michigan Opera Theatre Studio, the company’s young artist development program which offers annual, full-time engagement, training, and experience to artists in the early stages of a professional career in opera. In his leadership role with MOT he also oversees MOTs many community engagement initiatives.

He was on faculty with Rutgers University, Mason Gross School of the Arts, and Rutgers Opera Institute from 2013-2018, and in January of 2019 joined the voice faculty of The University of Michigan's School of Music, Theatre & Dance.

Following his 1987 European debut with Berlin’s Deutsche Oper, as Raoul in Les Huguenots, the headline of the Berliner Morgen Post read: “A World Star is Born” and true to its forecast, Mr. Leech had soon made debuts with virtually every major opera house of the world.  Of his first appearance with the Metropolitan Opera in 1989, as Rodolfo in La Bohème, Will Crutchfield of the New York Times wrote: “Other than Pavarotti on his best night, I can’t think of another tenor I’d rather hear in the part.”  Since then, he has sung nearly 200 Met performances in more than a dozen leading roles.

Most well know for his interpretation of such iconic roles as Don José, Cavaradossi, Rodolfo, Edgardo, Pinkerton, Hoffmann, Riccardo in Un Ballo in Maschera, and Gounod’s Faust and Roméo, his repertoire of more than 40 roles also includes many works by American, Russian, Czech, and 20th century composers.  Roles added in more recent years were Canio in Pagliacci, Turiddu in Cavalleria Rusticana, Der Kaiser in Die Frau ohne Schatten, and, in 2012 with the Met, Gregor in Janácek’s The Makropulos Case.

A frequent guest with the Lyric Opera of Chicago, the opera companies of San Francisco, LA, Washington, San Diego, Cincinnati, and many others, his career has also regularly taken him to the Paris Opera, Covent Garden, La Scala, Vienna Staatsoper, Amsterdam, Berlin, Barcelona, Florence, and Rome, as well as to Brazil, Mexico, Guatemala, Canada, Russia, Japan, China, and Korea.

In concert, Mr. Leech has distinguished himself with the Vienna, Prague, New York, and LA Philharmonic Orchestras, and the National and Montréal Symphonies, among myriad others, in repertoire such as Verdi: Missa di Requiem, Beethoven: 9th Symphony and Missa Solemnis, Berlioz: Requiem and La Damnation de Faust, Rossini: Stabat Mater, Mozart: Requiem and Mass in C minor, and Mahler: 8th Symphony and Das Lied von der Erde.  In crossover repertoire he has appeared with Boston Pops, New York Pops, Cincinnati Pops, and Doc Severinsen and his Orchestra.  His critically acclaimed concert, An evening with Richard Leech in Tribute to Mario Lanza, in which he embraced the crossover style of his childhood hero, was the sell-out season opener for the New York Pops at prestigious Carnegie Hall, and opened Chicago’s Grant Park Music Festival to an audience of over 12,000.

Mr. Leech was the 1988 winner of the prestigious Richard Tucker Award.  He is also the recipient of the Voice Education Research and Awareness (VERA) Award, given by the Voice Foundation, and the Giulio Gari Foundation Distinguished Achievement Award.  He has been a frequent guest teacher and presenter of masterclasses such as for USC, UCSD, Beijing School of Fine Arts, Opera Lyra Ottawa Young Artist Program, Binghamton University, The Castleton Festival’s Artist Training Seminar, the New York Singing Teachers Association’s Professional Development Program, and most recently for the Prelude to Performance program of The Martina Arroyo Foundation on whose Advisory Board he serves.  He attended Eastman School of Music and Binghamton University and credits his success to the training he received under the long-term mentorship of Peyton Hibbitt and the late Carmen Savoca at Tri-Cities Opera in Binghamton, NY.

In 2012, as he began to transition from performing to teaching, Mr. Leech joined the voice and opera faculty of Rutgers University, Mason Gross School of the Arts, and Rutgers Opera Institute as he continued to teach privately at the Opera America National Opera Center, where he is also a panelist for Opera America’s Feedback Audition Program.  His move to Michigan Opera Theatre, in 2015, as Director of Resident Artist Programs and MOT Studio underscores his passionate commitment to the training and mentorship the next generation of singers, and to his leadership role in the next era of opera in America.

Mr. Leech’s many televised appearances include Madama Butterfly with the Met; a “Live from Lincoln Center” Rigoletto with the New York City Opera; Les Huguenots with Deutsche Oper Berlin; and many other opera broadcasts in Europe and beyond, as well as his frequent appearances on the annual Richard Tucker Music Foundation Gala. More popular events include the lighting of the National Christmas Tree, with President Clinton, where he performed with Aretha Franklin and Trisha Yearwood; the famous tree lighting at  Rockefeller Center; and the opening ceremonies of the 1995 America’s Cup in San Diego. At benefit concerts he has appeared with such show business luminaries as Tony Randal, Kelsey Grammer, Ben Vereen, Betty Buckley, and Peter Allen.  He joined Placido Domingo in a benefit for Katrina relief which marked the reopening of the New Orleans Arena.

Mr. Leech is featured on more than twenty recordings in many of the roles for which he is so well known including Rodolfo in La Bohème, The Duke in Rigoletto, and Riccardo in Un Ballo in Maschera, and in the award winning EMI recording of Gounod’s Faust with Michel Plasson among many others. His solo release from the heart, a collection of favorite Italian arias and songs, can be found on the Telarc label and his acclaimed Deutsche Oper Les Huguenots, on Arthaus DVD.